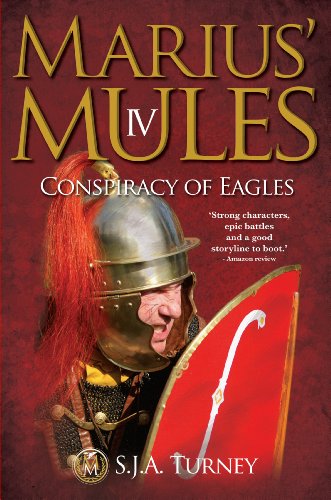 55 BC and Caesar's army gathers in the north of Gaul, preparing to drive invading Germanic peoples from Gaul and to traverse the dangerous northern ocean bringing punishment to the tribes of Britannia for their assistance of Gaulish rebels.

But Fronto's troubles don't stop there. As his burgeoning relationship with Lucilia steps to a new level, so do his responsibilities at home, a situation exacerbated by the disruptive influence of the villainous Clodius in the city, causing trouble and endangering those about whom Fronto cares most.

With two troublesome new centurions, a selection of worthless and argumentative senior officers and the suspicious deaths of a number of notables, Fronto's year is about to take a turn for the unexpected.