The Dutch Revolt through Spanish Eyes: Self and Other in historical and literary texts of Golden Age Spain (c. 1548-1673) (Hispanic Studies: Culture and Ideas) por Yolanda Rodríguez Pérez 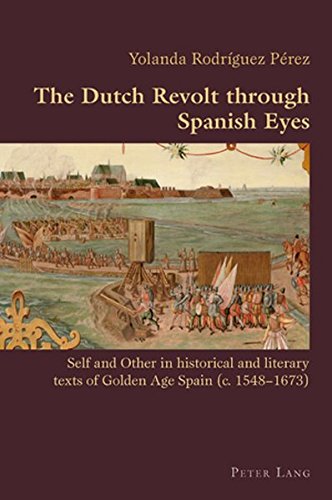 Yolanda Rodríguez Pérez con The Dutch Revolt through Spanish Eyes: Self and Other in historical and literary texts of Golden Age Spain (c. 1548-1673) (Hispanic Studies: Culture and Ideas)

Historical and literary works from the Spanish Golden Age offer a wealth of information about the Spanish view of the conflict in the Netherlands during the Dutch Revolt and the ensuing Eighty Years' War (1568-1648). The war in the cold north was to become a fixed component in the lives of the Spaniards of the Golden Age for many years. This book reconstructs the images that the Spanish had of the Netherlands and its inhabitants. These images are inextricably intertwined with the picture that the Spanish constructed of themselves as participants in the conflict. This book follows the developments of these images from the construction of an image of the enemy that reached a climax between 1621 and 1648 and then gradually faded away. Which images and representations circulated the most, and where did they come from? Which rhetoric was used to present them to the public, and in which genres and contexts were they disseminated and preserved?. On the basis of a varied collection of sources, war chronicles and plays, as well as pamphlets, poems, historical works and prose writings, the author illustrates the appearance of the Netherlands through Spanish eyes during the course of the Eighty Years' War.